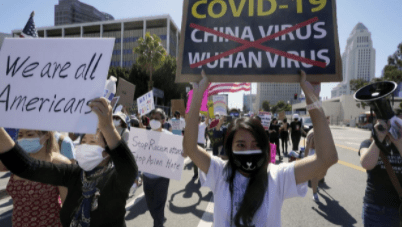 Since the outbreak of the coronavirus disease (COVID-19), there has been a massive surge in the number of crimes and acts of violence committed towards Asians and Asian Americans in the United States. This is not a coincidence. Over the last year, the nation has witnessed a number of persisting and cruel acts, urged on by a growing stem of racism and xenophobia, and that number only keeps rising.

New research suggests that the former President of the United States, Donald J. Trump, and his tweets on Twitter encouraged hostility towards Asians. Social media, which plays an extremely enormous role in today’s world, remains an important factor that influenced the spreading animosity towards Asians. The coronavirus infections were discovered in Wuhan, a capital city in China. Hence, the deaths caused by the virus itself and the lockdown of the world sparked hatred towards Asians.

After the spread of the virus became an American concern, Trump tweeted the term “Chinese virus” in March and later referred to the coronavirus as the “China virus” on Fox News. The term, driven by xenophobic hatred, has been shown to fuel malice against Asians (Reja, 2021). Before the racist tweet was sent out to the public, the World Health Organization (WHO), addressed this concern:

“DON'T - attach locations or ethnicity to the disease, this is not a “Wuhan Virus”, “Chinese Virus” or “Asian Virus”. The official name for the disease was deliberately chosen to avoid stigmatization.”

Not grasping WHO’s advice, Trump’s tweets set off a chain reaction, inflicting hatred, disgust, and bigotry towards the Asian community.

Hate Crimes On A Rise

The Center for the Study of Hate and Extremism (CSUSB) found that Anti-Asian hate crime in the largest cities of the United States increased 149% from 2019 to 2020. This study also shows spikes in Google searches for racist terms, like “Ch--a Virus” and “Kung Flu” (Center for the Study of Hate & Extremism, 2021). In addition to getting verbally assaulted, spat on, and even vandalized, physical assaults progressed horrendously, in both number and aggressiveness.

Taking a look at New York City, one of the most populous cities in America, Asians of a variety of ages are targeted whilst performing everyday activities. Recently, a 65-year-old of Asian descent was brutally attacked in broad daylight on the sidewalk in front of two staff members. The staff members of the neighboring building did not assist the beaten elderly woman or attempt to stop the violent offender (Kelli Dugan and Michelle Ewing, Cox Media Group National Content Desk, 2021). Multiple hate crimes targeted the elderly, however, those of younger ages were also attacked. In Queens, a 13-year-old boy was only playing basketball when three individuals approached the unsuspecting boy and beat him multiple times with a basketball, yelling slurs and making sure he couldn't get up (Choi, 2021).

Physical injuries shifted into casualties. In Atlanta, many were shot, and eight were killed during a series of shootings. Most of the victims were Asian women and the three spas, in which the shootings took place, were Asian-owned businesses. The authorities and law enforcement have not yet labeled this act of violence as a hate crime, claiming that it is difficult to verify whether or not the attack was racially motivated (Diaz & Romo, 2021).

A simple way to support the Asians is to contribute to your community. Donating to your local Asian communities and nonprofits, supporting Asian-owned businesses, and volunteering locally are great examples to aid the Asian community. Needless to say, the first step to supporting any community should always be to educate yourself and those around you about the subject and matter at hand. With movements like Stop AAPI Hate and Hate Is a Virus, gaining popularity, support from allies is vital to truly make an impact. Speaking out to spread awareness and educate others is a fundamental way to increase the cause’s momentum.

Now, more than ever, the increase in anti-Asian violence needs to be addressed correctly and carefully. Problems affecting the Asian community are often widely disregarded or easily overlooked. While the news and celebrities and influencers on social media are raising awareness to address the increasing concern, large amounts of hate crimes are extensively underreported. It is also critical to note that authorities are hesitant to label the outbreaks of violence as “racially motivated” hate crimes. Instead, they are often regarded as “assaults”, which can negatively impact the collected data. It is necessary to report these attacks, especially if you believe that they are fueled by racism and hate. 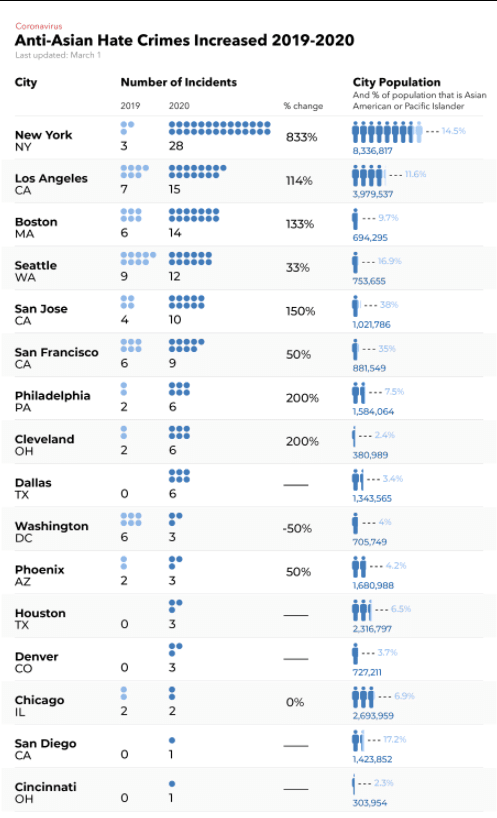 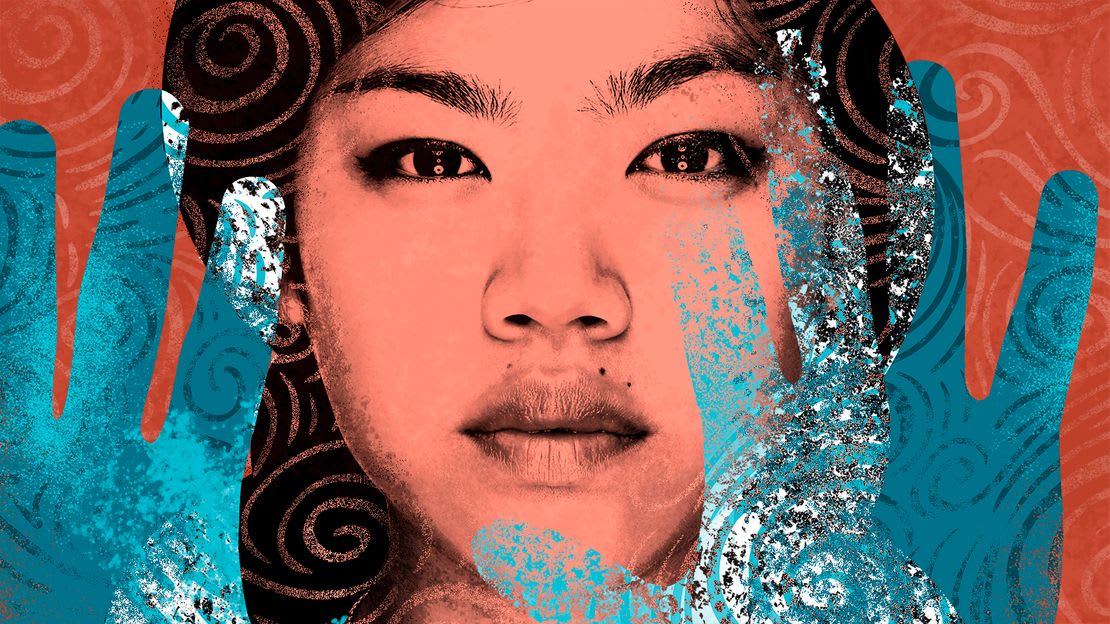